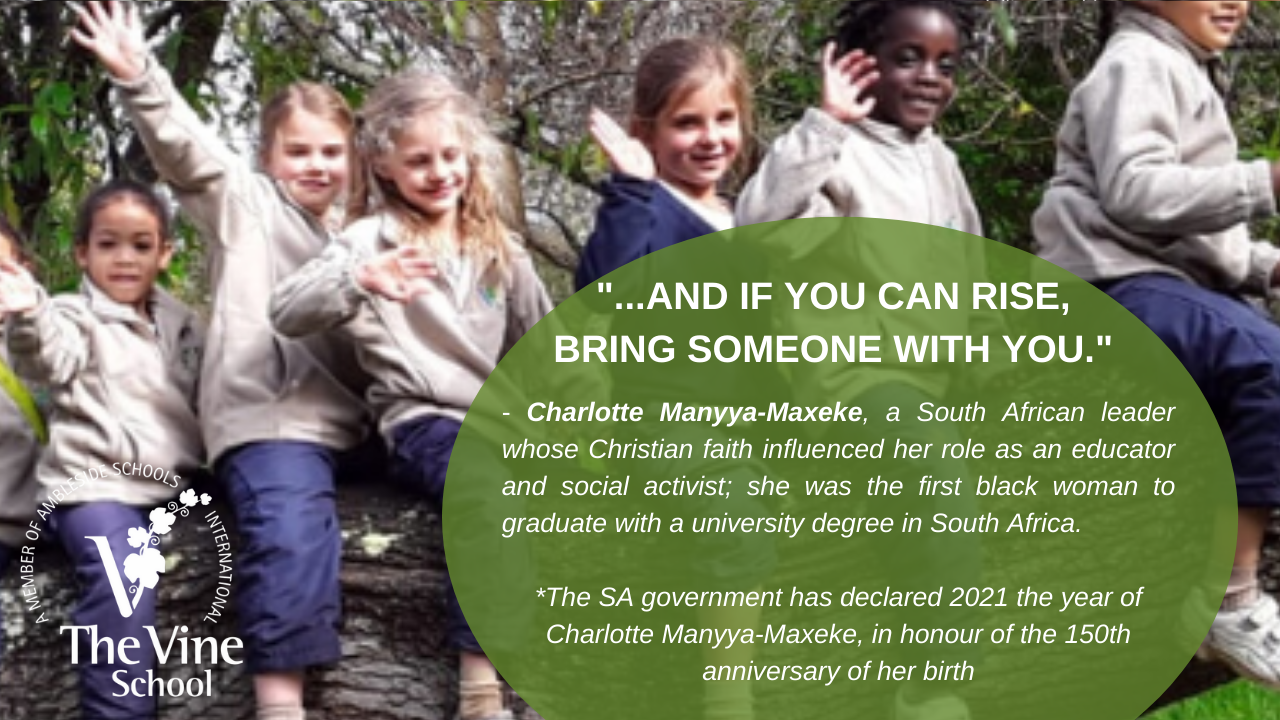 BRING SOMEONE WITH YOU."

- Charlotte Manyya-Maxeke, a South African leader whose Christian faith influenced her role as an educator and social activist; she was the first black woman to graduate with a university degree in South Africa.

*The SA government has declared 2021 the year of Charlotte Manyya-Maxeke, in honour of the 150th anniversary of her birth

Our partners in education